Smartphone May Not Be Useful In Capturing the Crazy Situation During Natural Disaster; Here’s What You Need To Do

You might want to think twice before sharing a photo of an apocalypse-like scene from a movie with a natural disaster angle. Most smartphones could distort reality. Currently, many people are taking pictures of San Francisco wildfires and sharing them on social media. 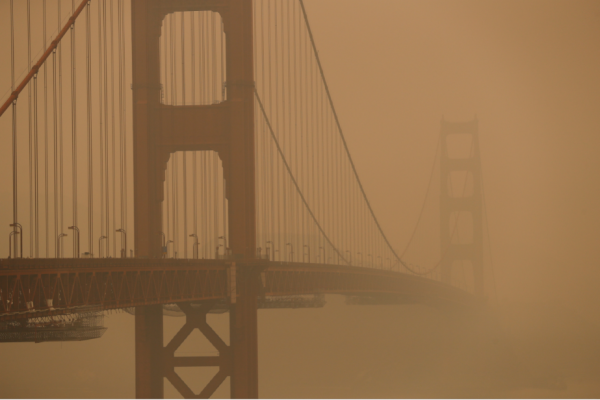 California’s situation looks just like the wasteland in Blade Runner 2049 or Resident Evil: Apocalypse. The western United States was ravaged by around 100 wildfires in Aug., spreading smoke and particles of ash that forced 500,000 people to evacuate their homes in Oregon alone.

Many people tried to capture what is happening and shared it across the world. However, they’ve noticed a strange phenomenon. Some videos or photographs of the bizarre, orange sky seemed to remove or erase the San Franciso wildfires’ real danger.

Sarah Frier, a journalist, shared photos of the fire and smoke blocking the Sun in California on Sept. 9.

“Fire smoke blocking out the sun in San Francisco this morning. This is 7:40am. There are so many fires in and around the state,” she captioned.

“I didn’t filter these – in fact the iPhone color corrected the sky to make it look less scary. Imagine more orange. Be safe out there everyone… and thanks to the firefighters,” added the journalist.

Some photos were even automatically edited to have a neutral gray color as if the devices are involved in a conspiracy to hide the real happening. This is because smartphones today are integrated with software that automatically corrects the pictures’ color to make it more realistic.

The technology automatically adjusts the wildfire photos since orange skies are unnatural. Although a smartphone camera is a great way to document natural disasters or other events, it usually doesn’t show accurate pictures of the world.

After people found out that their smartphones’ photos could not be trusted, they installed different apps that would allow them to adjust the white balance on their own. However, since the sensor doesn’t see color in the first place, people can’t “turn off” their devices’ color correction.

Film cameras also have the same problem. Different stocks of film and development processes had their renditions of color. For example, Fuji Velvia is focused on the vibrancy, and Kodak Portra is designed to balance skin tones.

Nowadays, smartphones and cameras, such as DSLRs or SLRs, have software that manipulates pictures more than ever. Currently, no photo can be considered as unfiltered.