LIONEL MESSI has reportedly snubbed PSG for a move to Man City, according to reports in France.

A reunion with Pep Guardiola looks on the cards for the Barcelona superstar, who made his desire to leave the Catalan giants clear earlier this week.

Follow ALL of the latest transfer gossip, news and updates below…

Chelsea director Marina Granovskaia has spoke of her joy at the club’s signing of Thiago Silva.

Speaking the club’s website, she said: “We are delighted to be able to add a player of Thiago Silva’s proven world-class credentials to our squad.

“Having performed at the highest level for many years, we have no doubt his experience and quality will complement the many exciting talents we already have here.

“Thiago will be an excellent fit and we hope he can add some new trophies to his impressive list of honours.”

AC Milan are reportedly in talks with Bournemouth to re-sign goalkeeper Asmir Begovic.

The former Chelsea stopper spent the second half of last season in Italy providing back up to 21-year-old Gianluigi Donnarumma.

Begovic, 33, only made two appearances in Milan, but it is understood they want the Bosnian back as their No2.

According to The Telegraph, the Serie A giants and Bournemouth have started talks over a deal for the keeper.

With the Cherries returning to the Championship, they could demand a fee for Begovic.

It would also allow them to ease the their wage bill.

Pereira has only played for United twice in competitive games, so will be happy to finally get some regular playing time at Huddersfield.

Although the move isn’t permanent, it is likely that 24 year-old has played his last game for United as his contract expires in June 2021, and it is unlikely that United will be offering him an extension.

Lionel Messi has decided to join Manchester City ahead of PSG according to reports.

But Messi has opted to reunite with Pep Guardiola at City, they claim.

It would be quite the snub if Messi has decided to join the Etihad already. 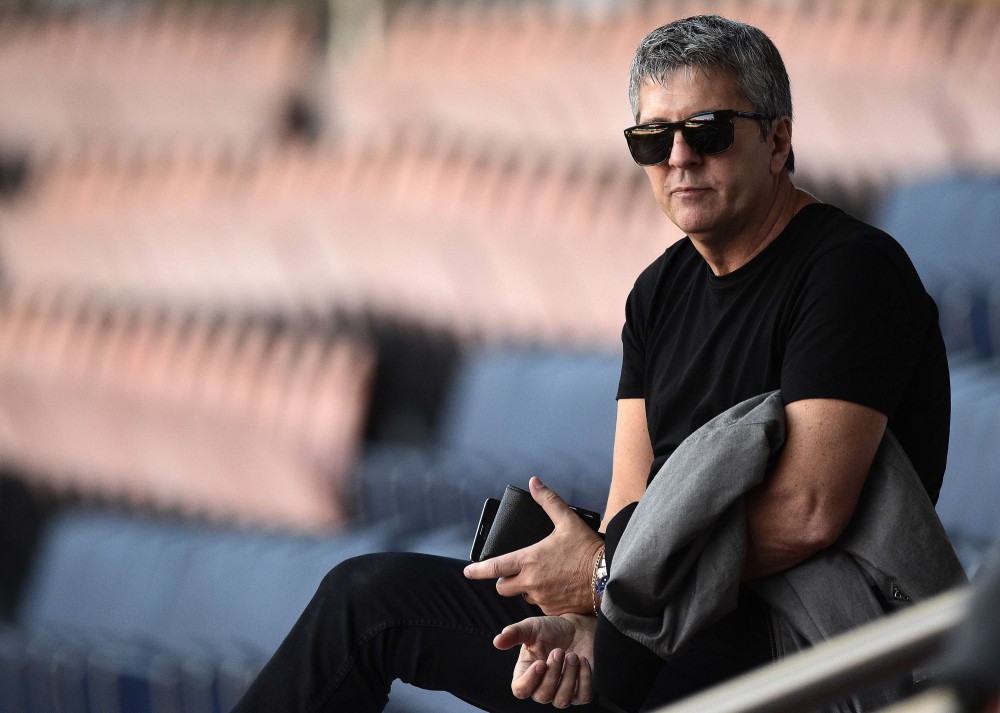 Arsenal target Houssem Aouar kept tight-lipped when quizzed about his future at Lyon.

The 22-year-old has attracted interest from the Gunners, Manchester City, Juventus and Paris Saint-Germain.

But Aouar kept his cards close to his chest during an interview with L’Equipe.

He was asked whether it would be tough to leave the Lyon fans without saying goodbye – due to the coronavirus pandemic.

Aouar simply responded: “I haven’t left yet. So I haven’t asked this question.”

The Frenchman was then asked whether it was a good choice to leave Lyon ahead of next summer’s Euro 2020 finals.

Gabriel Magalhaes is poised to join Arsenal this summer – and it’s all thanks to the fans.

The centre-half is close to sealing a £27million move from Lille to North London.

Manchester United were also believed to be tracking the 22-year-old – but it is the Gunners who look to have won the race.

And according to the Telegraph, he was “persuaded” to link up with Mikel Arteta and co by the fans.

The newspaper reports that “the stream of pleading requests to join Arsenal genuinely helped him to reach his decision”.

A quick look on his latest tweet, which was some time ago on August 14, confirms that Gunners fans are desperate for him to put pen to paper.

Harry Maguire has sent out a grateful tweet to all the supporters after his trial ordeal in Greece.

He tweeted: “Thanks for everyone’s support over the last week, I’m pleased to have had my say and share the true version of events.

“Looking forward to getting on with life now and the season ahead with @ManUtd and @England.”

Thanks for everyone’s support over the last week, I’m pleased to have had my say and share the true version of events. Looking forward to getting on with life now and the season ahead with @ManUtd and @England. pic.twitter.com/99G1iVi0qh

The defender, 21, has signed a two-year deal at the Stadium of Light.

Absolutely delighted to have signed for @SunderlandAFC A massive club and a one that’s been special to me from growing up and having a season ticket with my dad. Buzzing to get started! 🔴⚪️ pic.twitter.com/Z9KhjmczgZ

DEDICATION TO THE CAUSE

Lionel Messi shocked the footballing world by announcing he wants to leave the Barcelona after two decades.

The Argentine superstar, 33, has been left demoralised after a sub-par season and a fall-out with club brass, including president Josep Maria Bartomeu.

Manchester City are the favourites to land his signature, with the likes of Paris Saint-Germain and Inter Milan also keen.

But fans certainly can’t give Messi a hard time about him leaving.

After all, the legendary winger has given his all to Barca.

During his near-two decades in the club – from youth set-up to first-term – Messi has spent close to 17 years in the first-team. 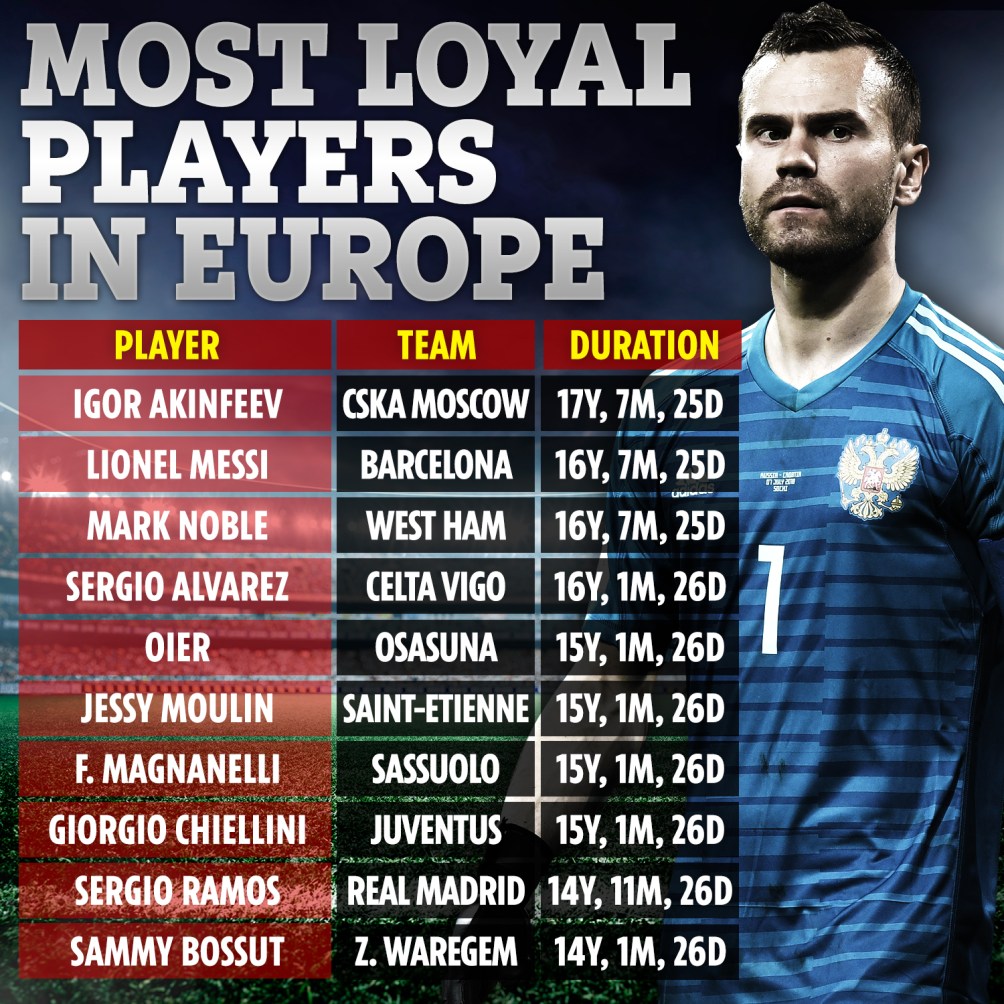 COME AND JOIN US

Neymar and Angel Di Maria have contacted Lionel Messi to convince him to join Paris Saint-Germain.

The French side are keeping a close eye on his situation after he handed in his transfer request at Barcelona.

According to ESPN, Neymar phoned up his former team-mate on Thursday.

The Brazilian put forward the idea of Messi reuniting with him in Paris.

Neymar played alongside the Argentine ace at the Nou Camp from 2013 until 2017.

And they have remained in regular contact since the striker’s £198m switch to PSG. 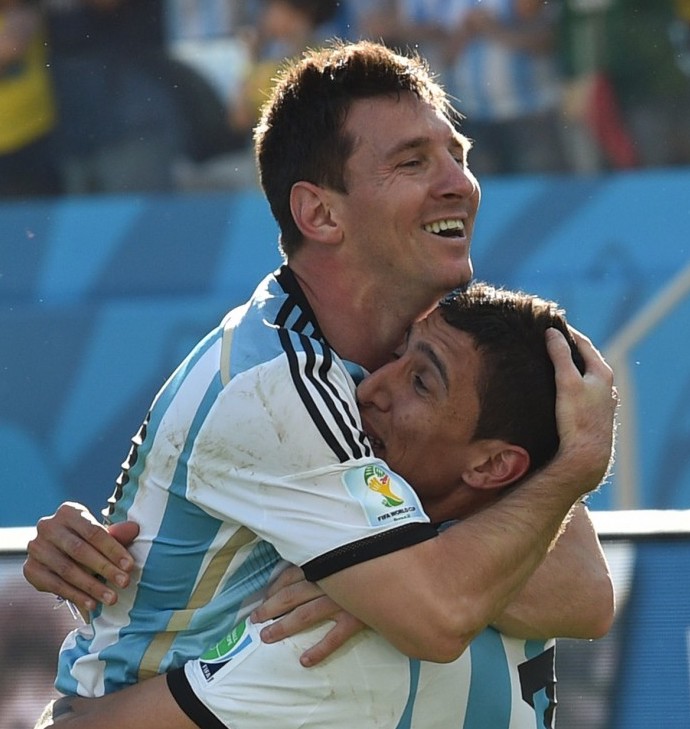 Diego Costa IS on the market, according to reports.

The Atletico Madrid striker is being sold to raise funds for a squad refresh by Diego Simeone.

Spanish striker Costa, 31, has been a big-money gamble after Atletico spent over £70million to bring him back to the Wanda Metropolitano from Chelsea two years ago.

But after just five goals last season and a lack of influence up front, the striker’s stint as one of Europe’s most feared strikers is surely over.

According to Goal he is well and truly in the shop window and could be gone before the Spanish season even starts. 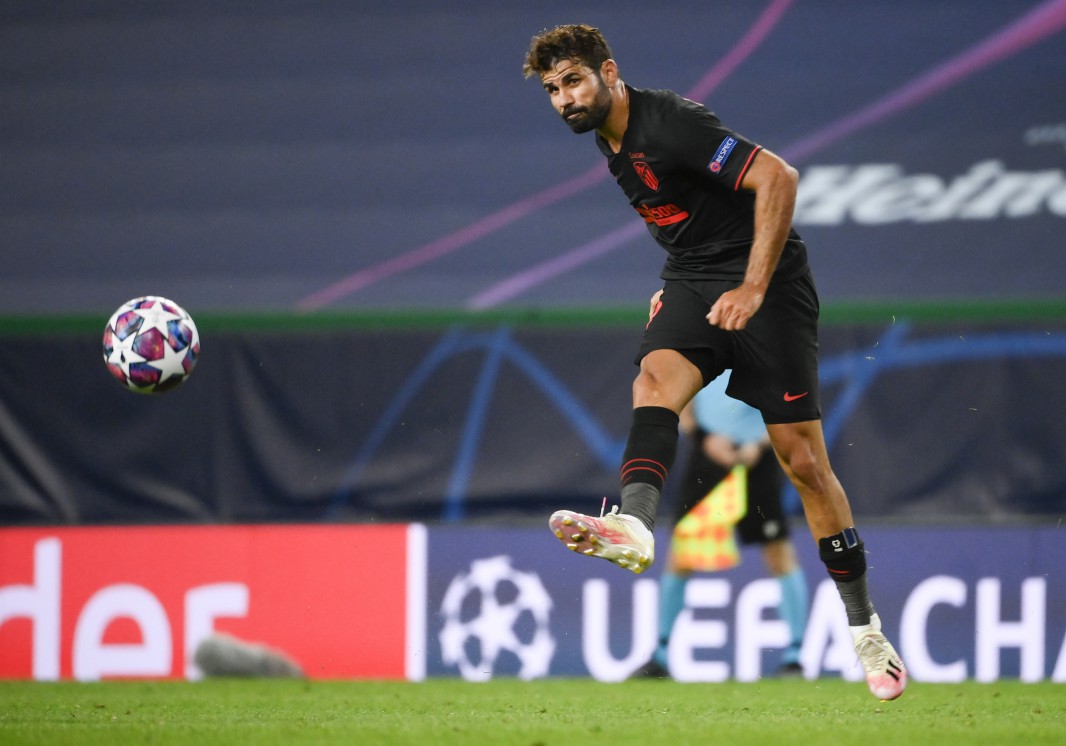 Thiago Silva is another big name that Chelsea have added to their squad this window.

Upon singing his one-year deal, he said: “I am so happy to be joining Chelsea.

“I am delighted to be a part of Frank Lampard’s exciting squad for next season and I’m here to challenge for honours.

HOW ARE YOU OLD BOY?

Newell’s Old Boys fans staged a massive demonstration in a bid to get the club to bring Lionel Messi back.

Messi left the Rosario club back in 2000, when he was scouted and signed by Barcelona.

But the passionate faithful got into their cars, lit flares and honked their horns in a show of support to bring the 33-year-old back to Argentina.

Messi still considers himself young enough to play in Europe and win ANOTHER Ballon d’Or.

But he won’t do so at Barcelona, if he has anything to say on the matter, with the club in disarray after he submitted a transfer request. 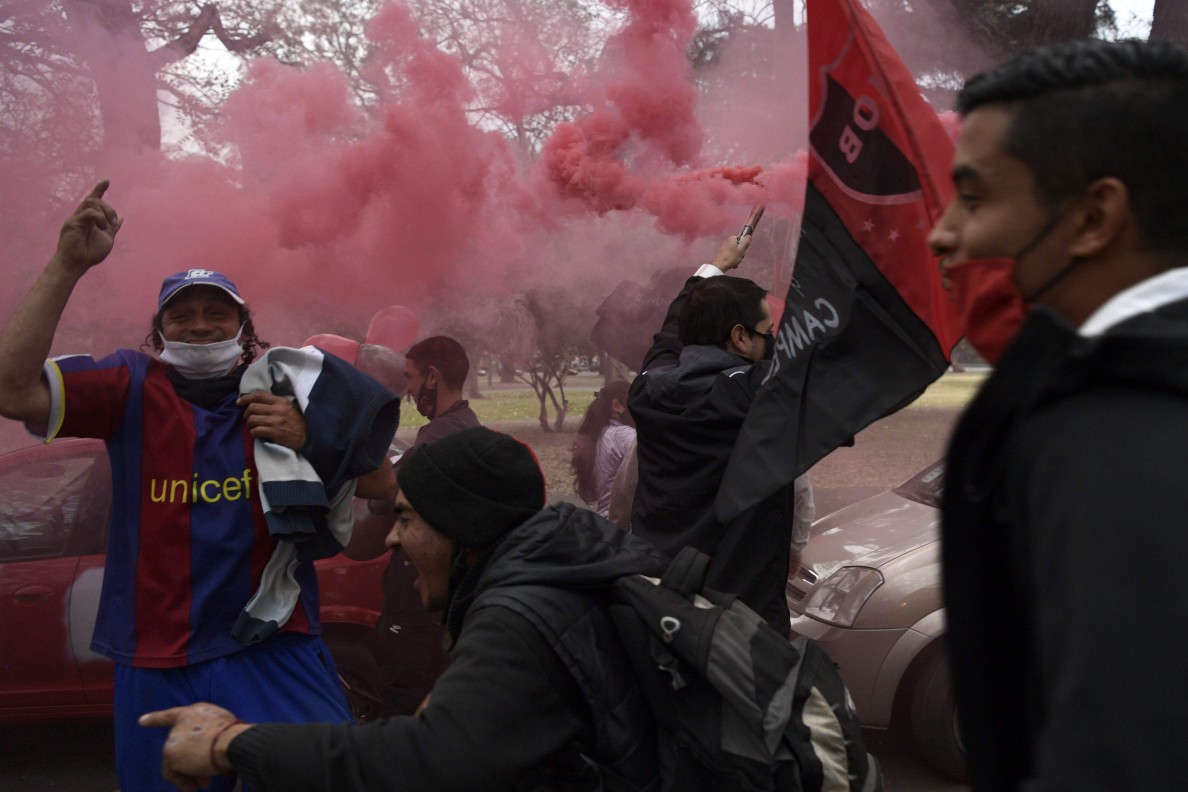 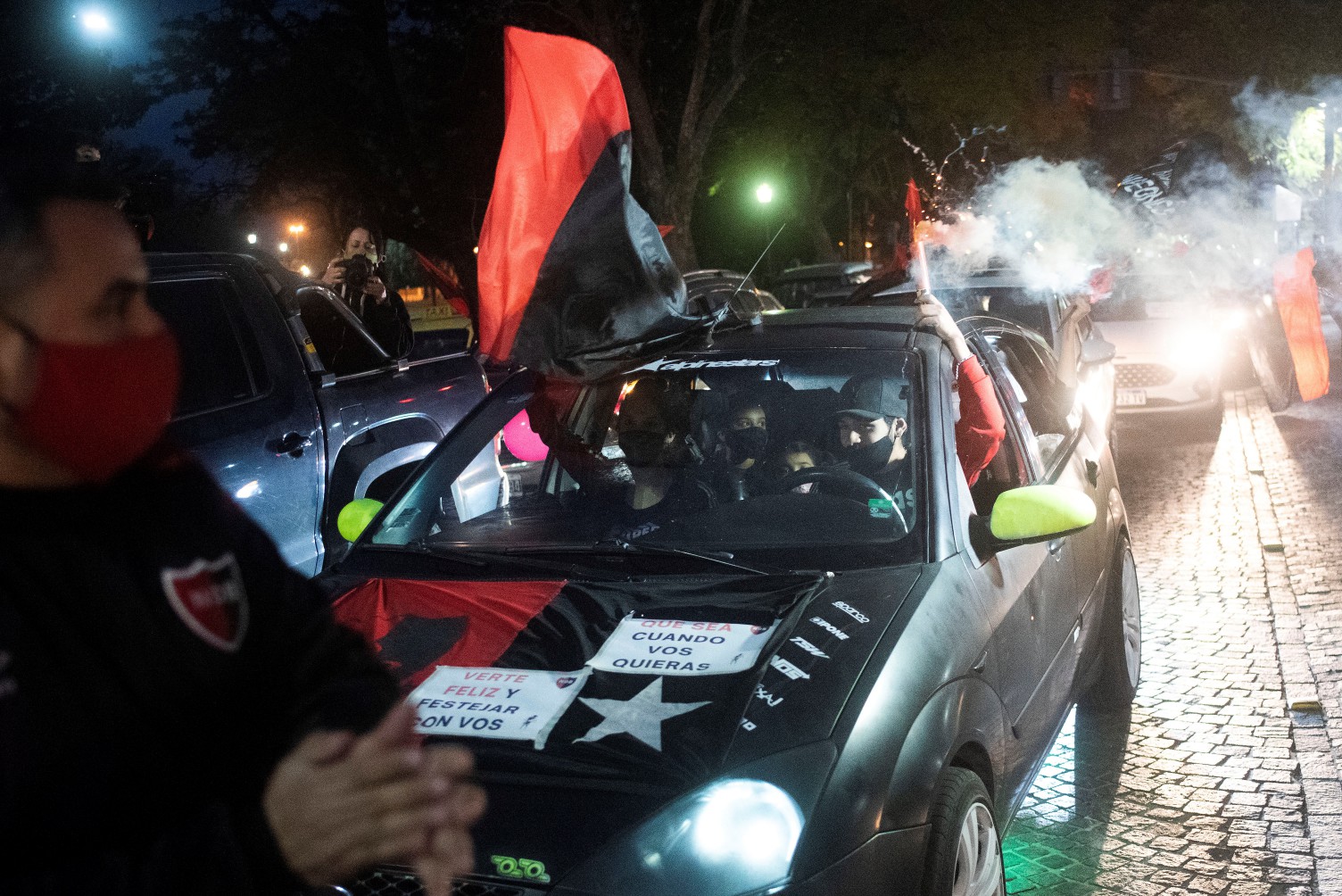 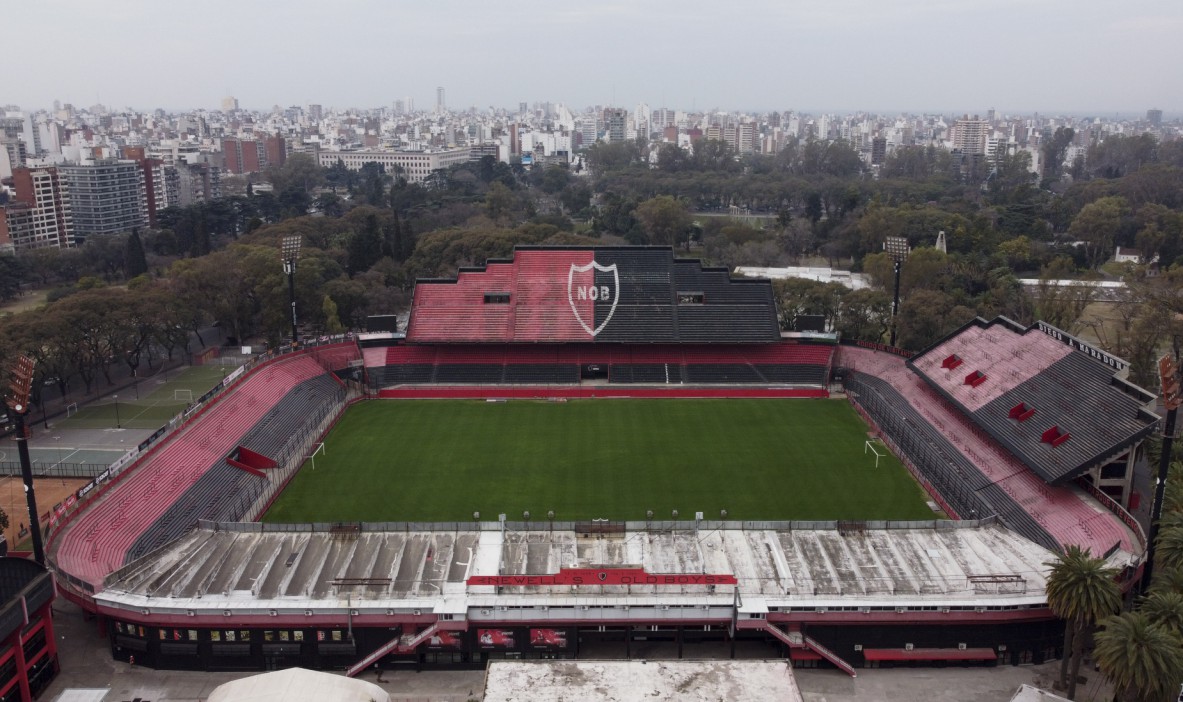 Chelsea have completed the free transfer of Thiago Silva from PSG on a one-year deal with the option for an extra year.

Zlatan Ibrahimovic has confirmed he is changing to No11 at AC Milan.

He uploaded this outstanding photoshop of his new digits on his Instagram.

The caption reads: “Like I said I’m just warming up @acmilan”

Tottenham have reportedly had a £44.8million transfer fee rejected by Roma for Nicolo Zaniolo.

According to Corriere dello Sport, the attacking midfielder, 21, is not for sale.

Roma are adamant Zaniolo and Lorenzo Pellegrini are not on the market.

And the Serie A club are even ready to offer Zaniolo a new contract to keep him out of the clutches of rival European clubs.

Zaniolo’s agent is already in discussions with the club about an upgrade to a £51,000-a-week deal.

Tottenham may have to offer significantly more if they are to prise the star player away from Roma. 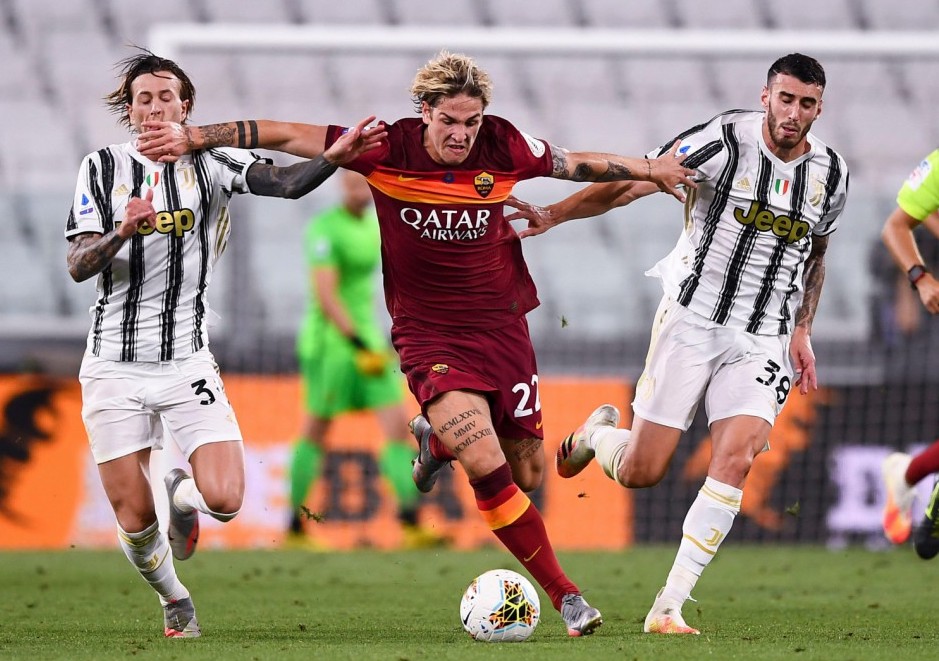 Everton have agreed personal terms with James Rodriguez, according to reports.

Real Madrid want £22.4million for the forward, but the Merseyside club are hoping to knock down that fee.

More on this as it develops.

Tottenham are interested in signing Real Madrid left-back Sergio Reguilon – after the 23-year-old impressed on loan at Sevilla.

According to Marca, the Spaniard has been told he can find a new club after talks with Zinedine Zidane.

Reguilon won the Europa League with the La Liga side a week ago and is available for a transfer. 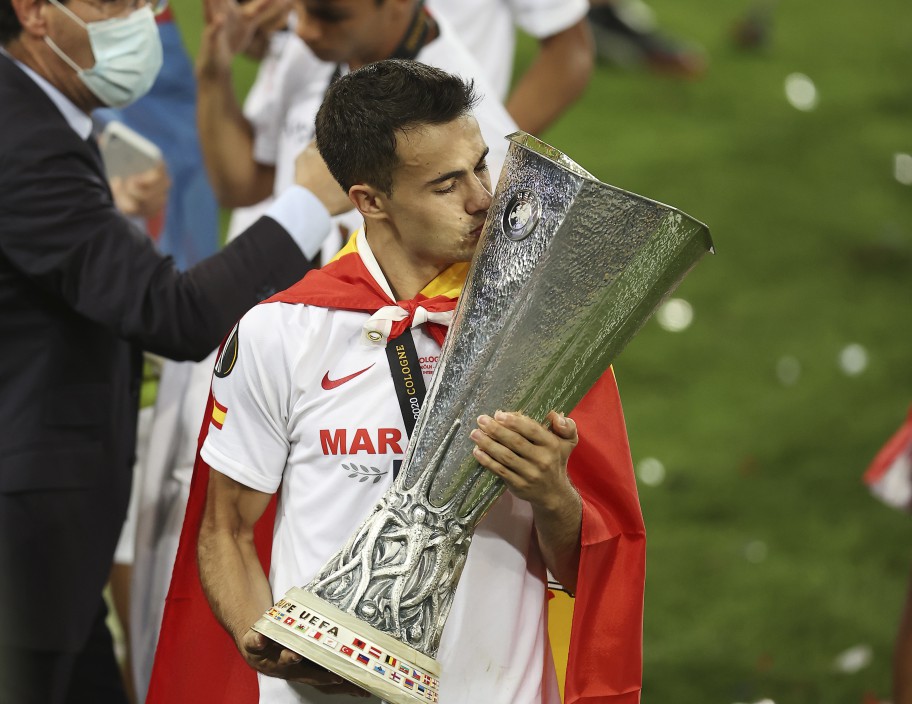 Zlatan Ibrahimovic is going to change numbers at AC Milan after agreeing a contract extension.

The Swede will wear No11 at the San Siro, rather than No9. 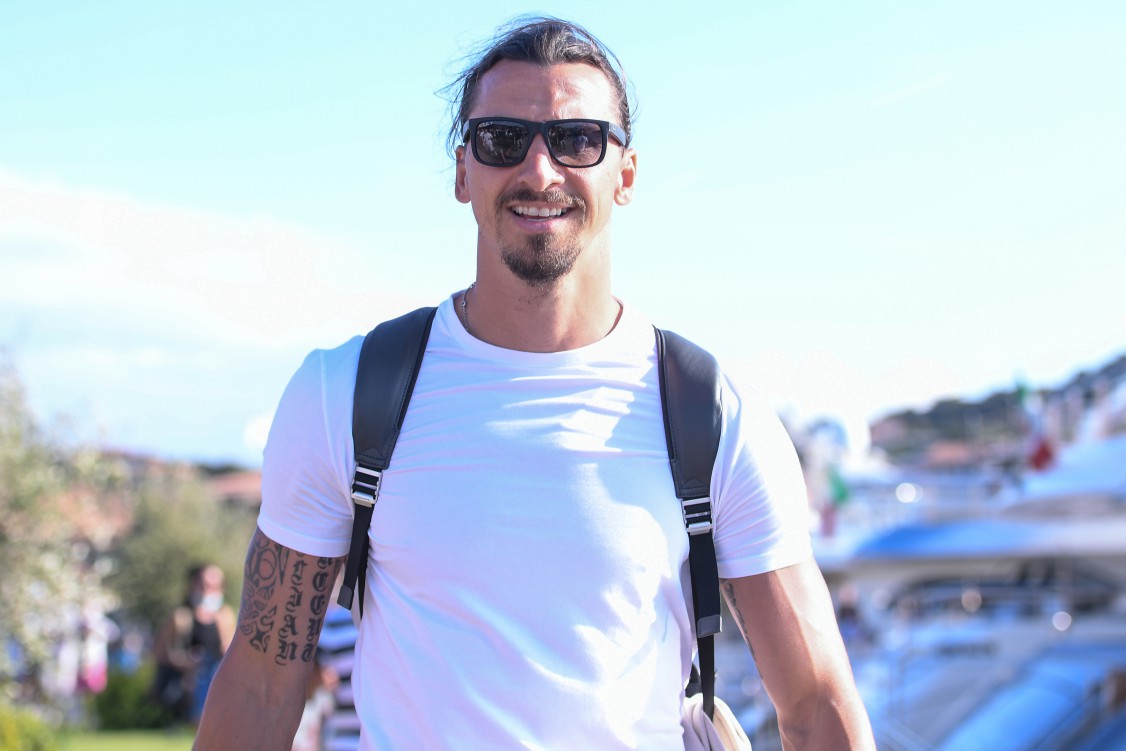 Preston star Ben Davies is being chased by Celtic and two Bundesliga clubs who are all keen to sign him on a pre-contract in January, reports TOM BARCLAY.

FC Cologne and long-term admirers Stuttgart, as well as the Bhoys, are prepared to wait until the new year to negotiate a free transfer for next summer when his North End deal expires.

All three sides are gambling on the interest other clubs are showing in the centre-back, 25, this summer not materialising into anything concrete.

Stuttgart are particularly keen on Davies, having tracked him for the last two years.

The Cumbrian lad came through the ranks at Preston and has racked up 120 first-team appearances, becoming a key member of Alex Neil’s squad. 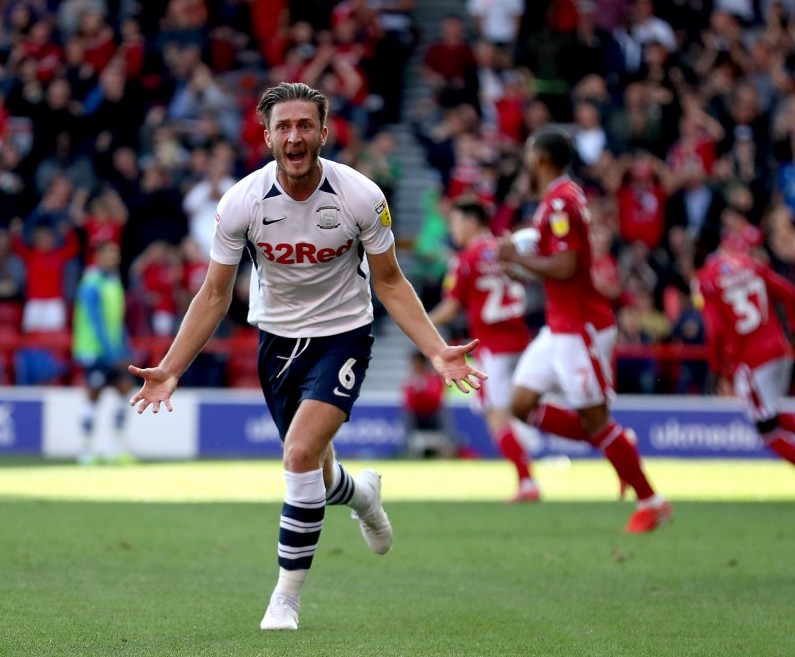 Arsenal have confirmed Sam Greenwood has joined Leeds on a permanent deal.

The club said in a statement: “Everyone at Arsenal would like to thank Sam for his contribution during his time with us and wish him all the best at Leeds United.”

Crystal Palace have signed Eberechi Eze from QPR on a five-year deal.

The 22-year-old has scored 20 goals for the Hoops after rising through the ranks and Roy Hodgson is hopeful he will take to the Premier League like a duck to water.

“As a football club, I feel like there are great players here and it’s a brilliant opportunity for me to come and be with these players, to link up with them and to really push on.”

Blunder-prone keeper Roberto has left West Ham to join Real Valladolid for nothing.

The club said in a statement: “West Ham United can confirm that Spanish goalkeeper Roberto has joined La Liga side Real Valladolid on a free transfer.

“Roberto’s transfer brings to an end a one-season stay in East London, during which time he made 10 appearances for the club.

“The club would like to wish Roberto well for the future.” 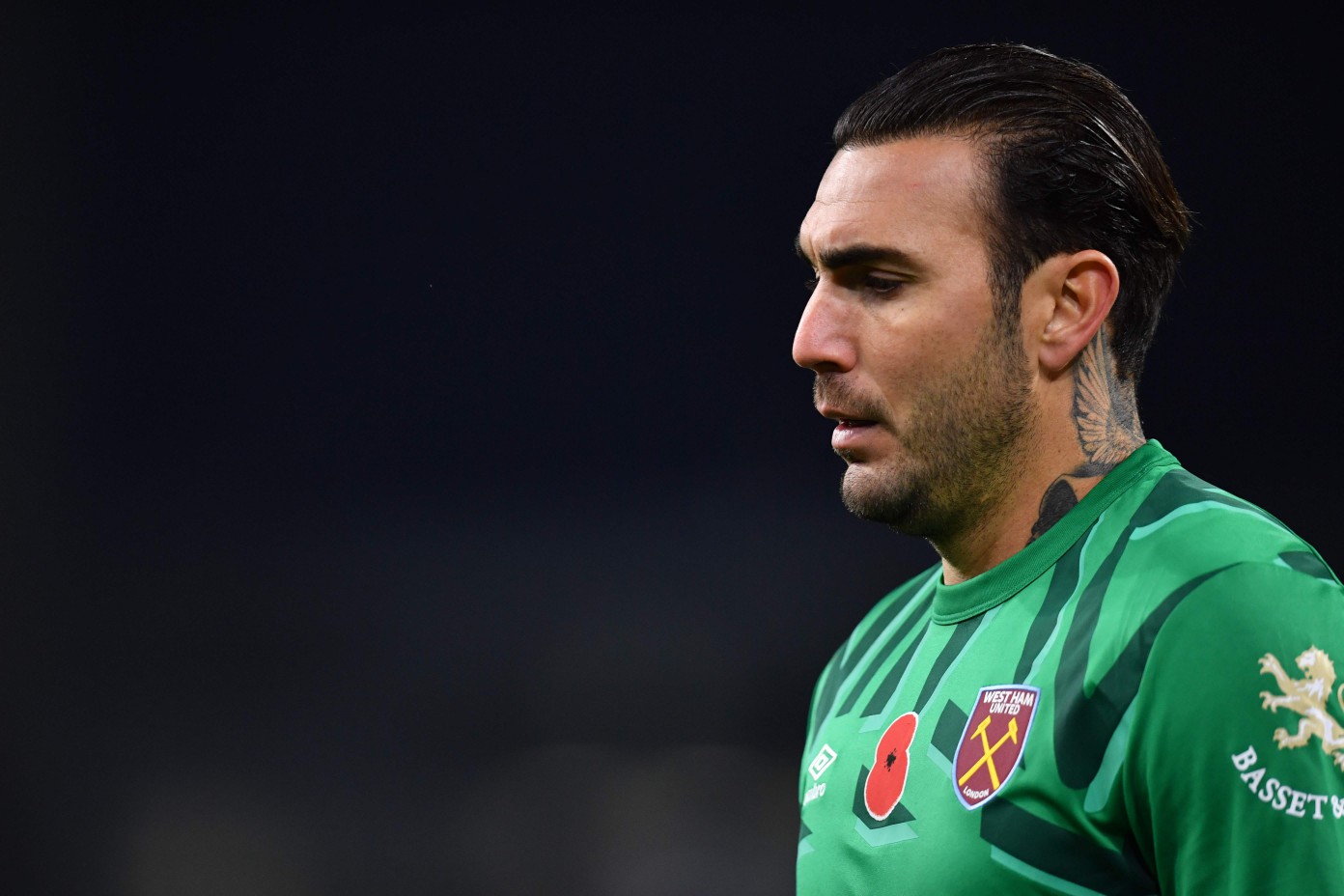 Manchester United could snap up Devon Arnold after he scored the winner against Stoke during his trial.

The 18-year-old is a free agent this summer after he left Yeovil Town at the end of the 2019/20 campaign.

United have given Arnold a trial at the club ahead of a possible permanent move.

He proved his potential on his debut for Manchester United’s Under-23 side.

The teenager scored the winner in the club’s 1-0 win over Stoke on Tuesday night.

After the match, he shared the good news with his Instagram followers, writing: “1-0 win today. Played 90 mins. Scored the goal.”

Barcelona have received NO offers for Samuel Umtiti.

The centre-back, 26, is notoriously injury prone.

And the Nou Camp are ready to let him go, four seasons after leaving Lyon for Barca.

Umtiti has missed over half of Barcelona’s league games in the last two seasons, despite once being considered one of the world’s top centre-backs.

According to Mundo Deportivo, there have been no solid offers for the France international and Ronald Koeman is keen to replace him with a more reliable alternative.

Umtiti has a contract at the Nou Camp until 2023.