FORMULA ONE is in Italy this week for an extra special 1000th Grand Prix.

For the first time this season, spectators have been allowed into the track to watch on Sunday as Lewis Hamilton looks to bounce back from the disappointment of Monza last weekend.

Follow all the latest build-up to the big race below…

FINAL CRACK AT REACHING THE TOP 10

Norris and Perez in danger of getting knocked out.

CHAOS IN THE PITLANE

Racing Point release Lance Stroll right into the path of Max Verstappen, who is already driving down the pitlane.

That was a poor mistake from Racing Point. Potential fine heading their way.

And this time Bottas cannot beat his teammate. Has he flicked the switch?

Verstappen in P3 and Albon in P4. That’s much better from Albon.

Mercedes are first out of the trapstuscangp 🇮🇹 f1 pic.twitter.com/iSnOzqc1xX

All eyes on Ferrari here. Can either of them get into the top 10?

He was flying and looked to have timed his run perfectly.

But a mistake meant that even while he was able to improve his lap time, he was unable to get through into Q2.

His error allowed Vettel into the top 15 shootout.

GASLY IS OUT IN Q1

Last week’s winner in Monza, Pierre Gasly, is out in Q1.

That is a surprise.

Vettel is in, but only by the skin of his teeth.

“Are we through, or not?” he says over the radio.

Can Vettel make it into the top 15?

Will WIlliams’s Nicky Latifi get into the Q2?

Is only good enough for 10th and he has already been demoted to 13th.

He could be in trouble to reach Q2 here.

The Finn clearly loves this place, he has now beaten his ow lap record and we are now in the 1m 15s.

He leads Hamilton from Verstappen.

GREEN LIGHT QUALIFYING FOR THE TUSCAN GP IS GO

First out are the two Williams cars. George Russell missed a chunk of FP3 due to a brake issue and needs to get up to speed.

We’re not far away from qualifying kicking off, the Tuscan GP is set to be a good one! 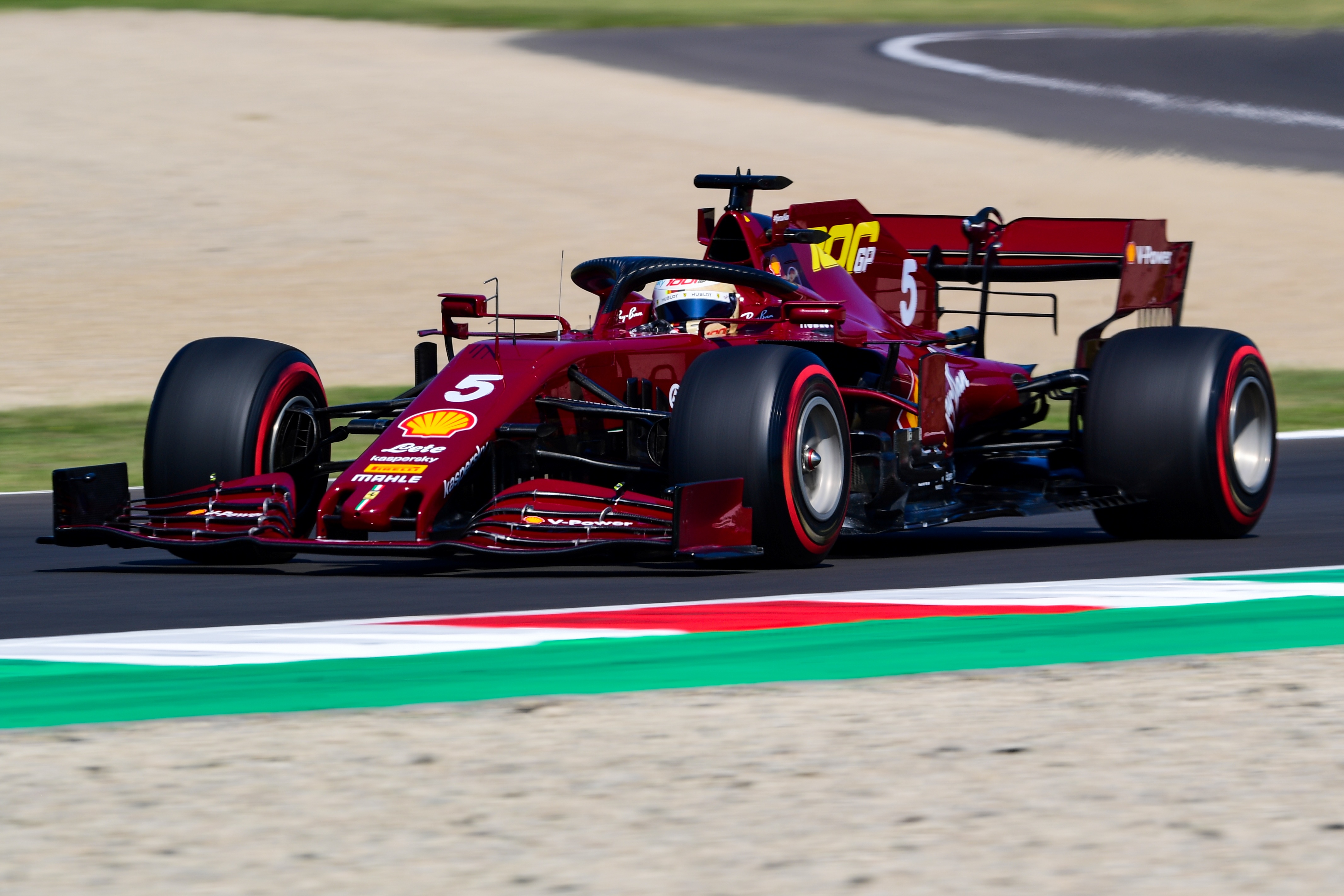 Who takes the first pole position at Mugello?#TuscanGP 🇮🇹 #F1 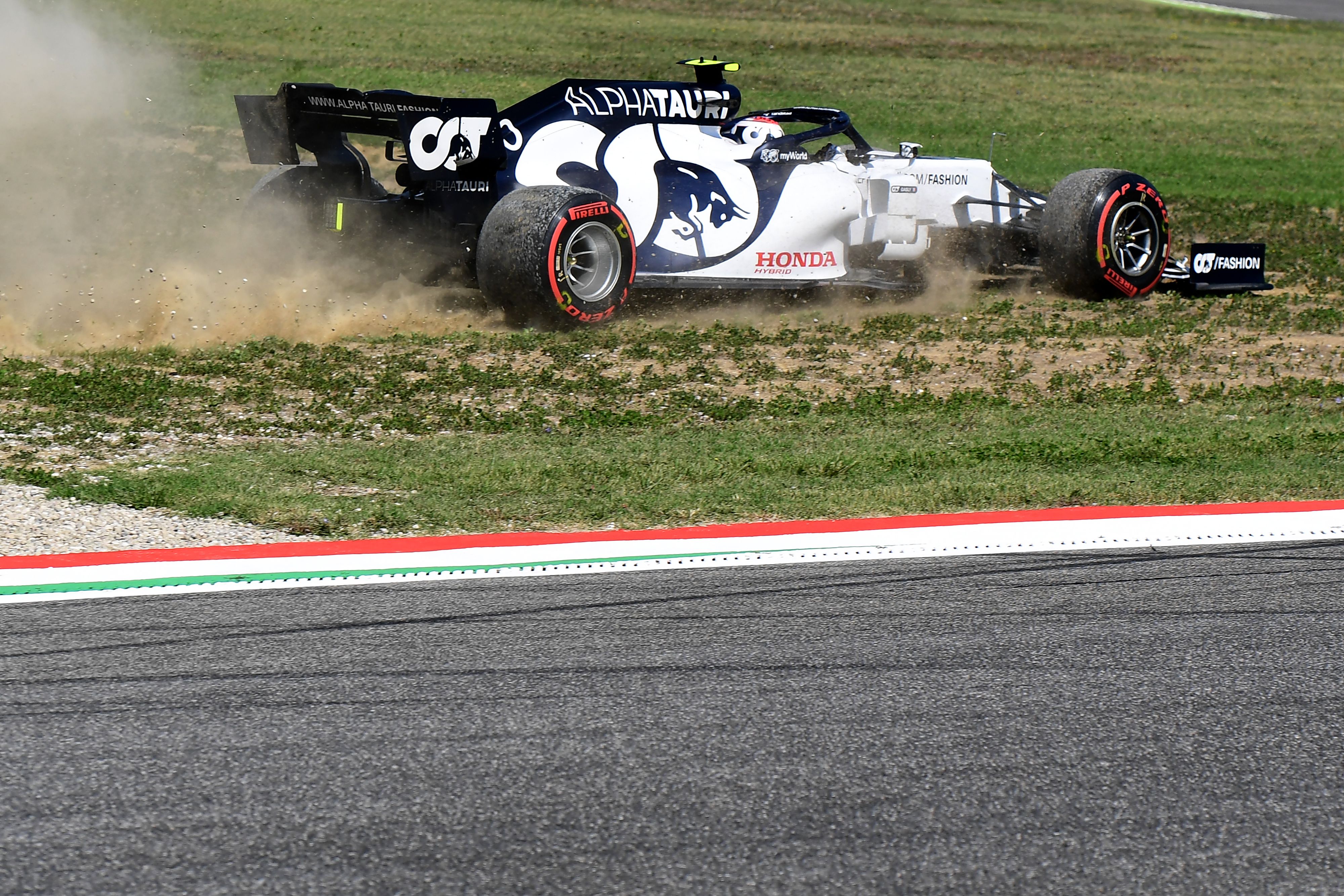 Live the twists and turns.

Ride onboard for the twists and turns of Mugello 😍#TuscanGP 🇮🇹 #F1 pic.twitter.com/qmSXjaWJmU

Bottas keeps up his good start to the weekend by topping the final session from Verstappen by just 0.017seconds.

Hamilton in P3 ahead of Lance Stroll and Pierre Gasly.

Norris, never got the chance to show his speed due to traffic and finished in P19.

Russell had a brake failure and only managed a single lap and takes final spot in FP3.

VERSTAPPEN IN P2…ALBON IN P18

Another miserable day so far for the under pressure Red Bull driver. He just cannot seem to deliver in that car while Verstappen obviously is.

The team are keeping their faith in the Thai racer but he must start making some headway soon.

With 14 minutes to go, it is Bottas, Hamilton – both on softs, Verstappen (mediums) then Leclerc also on the quicker soft tyre.

So it looks like advantage Merc but, Red Bull will come close.

And, I am tempting fate here, Ferrari, aren’t that bad…

George Russell has come into the pits after only one lap. He has a brake problem.

The Williams team are now trying to fix the issue. His teammate Nicky Latifi is in 15th place.

VERSTAPPEN IS QUICK TOO

This is encouraging for Red Bull, as Verstappen goes in to P2.

This track should suit them, yes, there is a long straight, but so much time can be made up in the quick corners.

Downforce is key here and that is something Red Bull are very good at developing.

The Brit is finally getting to grips with this track. He’s turned up on day 2 and set the quickest lap so far this session.

His time is still not a track record, Bottas has that honour from yesterday, but it is sure to tumble again.

Leclerc in P3 for Ferrari, giving them renewed hope.

HAMILTON IS IN HIS CAR

A slow start to FP3 so far but the world champion is now in his cockpit.

Can he match Bottas’s time?

Track likely to get busy.

BOTTAS BACK ON IT

The Finn has just put in an excellent first attempt of 1:17.437 as he comes out of the blocks flying.

He means business and needs a win here.

Until now, Hamilton has not been able to match him for pace.

Kevin Magnussen is first out in his Haas and joined by and handful of others for their installation laps, just to make sure everything is working properly.