CELTIC begin the defence of their Scottish Premiership title with a home clash against Hamilton.

Neil Lennon’s side are chasing a TENTH consecutive league crown and watched Old Firm rivals Rangers begin their campaign with a narrow win at Aberdeen yesterday.

Hamilton deserve great credit, it would have been easy to give up after going 2-0 down to the Champions, but they managed to get themselves a goal and are still in this game.

Edouard and Frimpong scoring almost identical goals to put Celtic 2-0 up, before Hamilton pulled a goal back through Martin. 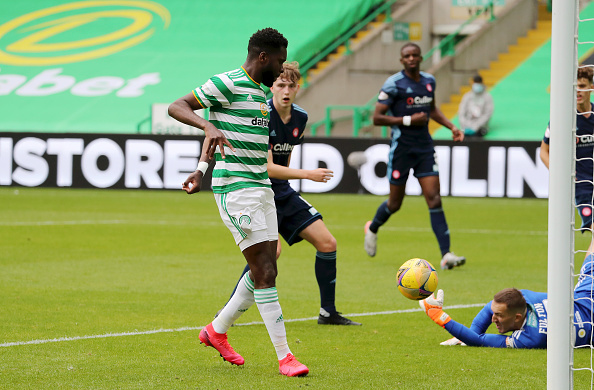 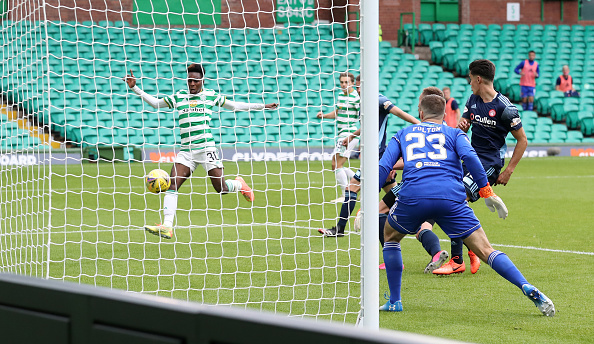 That’s the third season in a row that Odsonne Edouard has bagged on the opening day.

Here’s the opening goal of Celtic’s 2020/21 campaign, scored by Edouard.

That man Edouard has champions Celtic ahead against Hamilton

The referee blows his whistle for half time and Celtic take a 2-1 lead into the break.

Ryan Christie finds Jullien on the volley again, he makes a great connection again, but his effort is blocked and Hamilton clear.

45. One minute added time has been signalled at the end of the first half.

44. Elyounoussi takes aim from the edge of the box but it deflects into the arms of Fulton.

The better option was to slide in Edouard there.

43. Sustained pressure from Celtic, passing the ball from side to side in Hamilton’s third.

The Accies will welcome the half time whistle.

41. Ogkmpoe will be coming on to replace Hughes.

40. Hughes is down for Hamilton.

39. Just over five minutes until the break.

Celtic looked to be on their way to a comfortable win after taking a two goal lead, but that goal from Hamilton means it’s still all to play for.

37. Christie’s free-kick is close, but diverted wide for a corner.

Hamilton manage to clear the corner and relieve some pressure.

Callachan slides in on Elyounussi 25 yards and gives away a free-kick.

A chance for Celtic here for a shot on goal.

34. An effort from the edge of the box from Martin doesn’t seem to be troubling Bain until it takes a double deflection off McGregor and Jullien, completely wrong-footing the Celtic keeper.

It’s very fortunate, but The Accies will take it.

They’re right back in the game.

HAMILTON HAVE PULLED ONE BACK!

33. Hamilton win a corner from the kick-off but it’s even more of an uphill battle from here than it was at 0-0.

The corner is cleared easily by Celtic.

31. Another terrific cross in from the left by Taylor results in an almost carbon copy of the first time.

This time instead of Edouard it’s Frimpong there to tap home.

The Champions are in cruise control.

THE CHAMPIONS ARE CRUISING!

29. Edouard with some nice hold up play in the middle.

He wins a free-kick after being bundled over by Callachan.

28. Jullien tries a long ball over the top towards Edouard but it’s over hit and runs through to Fulton.

27. Hamilton hoist a long throw into the box that’s hooked away by Brown.