POSITIVE coronavirus tests are the highest they have been since May.

New data shows a 43 per cent uptick in confirmed cases – although this could be down to an increase in testing.

Meanwhile, Jacob Rees-Mogg has been forced to isolate after a family member began showing symptoms of coronavirus.

It comes as the PM revealed he is banning groups larger than six people from meeting indoors.

The new rules mean family gatherings could have to be broken up as the two-households restriction has been scrapped, and any group of more than six people will be broken up – and could even be fined.

Today, 14 more deaths were recorded in the UK, bringing the total coronavirus fatalities to 41,608, while 358,138 cases have been recorded so far.

Follow our coronavirus blog for the latest news and updates…

The number of people hospitalised for the disease jumped by 93, at 5,096, with that tally increasing for the 12th day in a row.

The UK’s largest care home operator is facing claims for damages from families of residents who died with coronavirus.

PBW Law is bringing a civil action against HC-One on behalf of two families whose relatives died at Home Farm Care Home in Portree, Skye, during a coronavirus outbreak in which 30 residents and 29 staff tested positive.

Meanwhile, law firm Leigh Day said it is investigating potential legal action regarding HC-One, which has more than 300 care homes across the UK, over allegations “systemic failings” at its care homes led to Covid-19 deaths that could otherwise have been avoided.

It is representing the family of Colin Harris, one of those who died at Home Farm, and is also investigating the death of a 80-year-old resident during a coronavirus outbreak at an HC-One care home in Nottingham in April on behalf of their family.

A total of 34 fines have been issued to travellers for breaching quarantine rules after arriving in the UK, new figures reveal.

Police forces have handed out 20 fixed penalty notices in England, while the Border Force has given out 14 across the UK up to September 7, according to the data released by the Home Office on Thursday.

The 14-day self-isolation policy for UK arrivals was introduced on June 8 for people returning to or visiting the UK from countries not on the exemption list.

In England, people can be fined £1,000 for failing to self-isolate and up to £3,200 for not providing accurate contact details.

Figures show 1,966,394 spot checks have been carried out on passengers to ensure they have filled out passenger locator forms, including contact details, passport number and address while in the country.

Portugal has been added to the list of countries from which travellers must quarantine when entering England to try to curb the spread of the coronavirus, British transport minister Grant Shapps said on Thursday.

Anybody arriving in England from Portugal, excluding the Azores and Madeira, after 4 am on Saturday will need to self-isolate for 14 days, he said on Twitter.

Hungary, French Polynesia and Reunion have also been removed from England’s Travel Corridor, or safe travel, list, Shapps said, while Sweden has been added to the safe list. 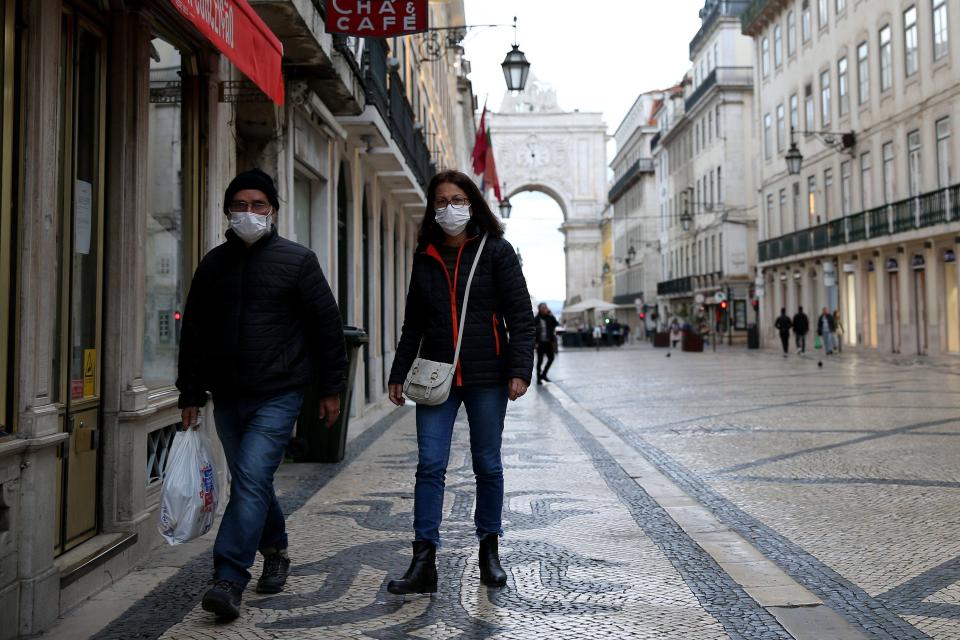 “Vice-President Maroš Šefčovič stated that if the Bill were to be adopted, it would constitute an extremely serious violation of the Withdrawal Agreement and of international law.

“Violating the terms of the Withdrawal Agreement would break international law, undermine trust and put at risk the ongoing future relationship negotiations.

As students return to college and university, Scottish ministers will make it an offence to attend a party in student accommodation.

In a report released today the Government said: “We will extend the house party offence provision that came into force on August 28 to include parties held within student accommodation.

“This will make it an offence to attend a party in student accommodation as it currently is in other forms of private dwelling.”

The increase in cases could be due to increased testing.

Coronavirus regulations are being extended in Scotland so they remain in place until the end of March 2021.

The current regulations, brought in at the start of the pandemic, are due to expire on September 26.

But the Scottish Government’s latest route map on easing lockdown confirms measures will be taken so these will remain in force until March 31.

15% OF WUHAN CATS COULD BE COVID-POSITIVE

More cats could have coronavirus than previously thought – as a Chinese study found that 15% of felines in Wuhan may have caught the bug from humans.

It comes as scientists continue to probe the risk posed to pets by the virus.

Blood samples were taken from over 100 cats between January and March in the central Chinese city, which revealed that they likely caught the disease from humans. 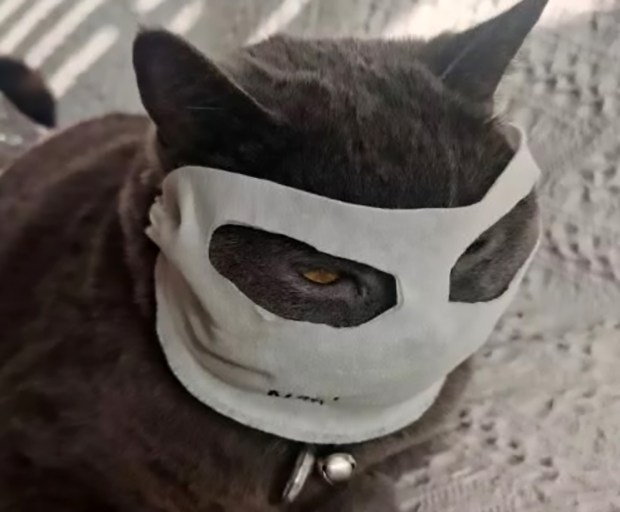 A further eight people who tested positive for coronavirus have died in hospital in England, bringing the total number of confirmed reported deaths in hospitals to 29,639, NHS England said on Thursday.

Patients were aged between 39 and 93 years old and all but one patient had known underlying health conditions.

The dates of the deaths were between September 4 and September 9.

Former transport minister Paul Maynard suggested that the UK should follow Italy’s lead and make a negative coronavirus test compulsory before a passenger can board a plane.

Mr Maynard told MPs: “I agree with everything everyone has said so far, there’s no point me repeating it, but on testing let me make a plea to try and learn from Italy.

“They have now obligatory pre-departure testing. There is no environment more conducive to transmitting the virus than on-board an aircraft.

“We have a chance to test people before they board. We should oblige all UK-registered airlines to do just that.

“Passengers check in half an hour early as they do in Italy at the moment, if they test positive, they’re not allowed to board.

“That stops the importation of the virus into the UK. To me, it stands for reason.”

A pub has banned all under-25s after a surge in coronavirus cases among those aged 17 to 29.

The Oddfellows Arms in Sherburn-in-Elmet, North Yorkshire announced the drastic measure after the government introduced stricter limits on social gatherings.

The pub wrote on Facebook: “We have thought about this very carefully, we will continue to try and ensure our community, customers and staff are all kept safe in these difficult times.

“Before anyone tries to say we are wrong, think of the implications for us as a business.

“This is not where we want to be. We would rather have a safe environment than a place which is teetering on the risk of closure.

“Please see that we are acting for everyone’s best intentions at this time.

“We have some of the most amazing well mannered, well behaved customers in that age bracket, but we simply cannot take the risk.”

Matt Hancock has slammed holidaymakers for triggering Covid test shortages – with Matt Hancock saying a quarter are being taken up by ineligible Brits.

The Health Secretary says the UK is turning around a record amount of checks, with capacity for 250,000 swabs daily.

But he warned some were abusing the system, with healthy people getting needlessly tested before jetting off on their holidays.

Police have urged supporters to stay away from Anfield Stadium for Saturday’s Premier League season opener between Liverpool and Leeds United.

Leeds will play their first Premier League game since their relegation from the top flight in the 2003/04 season.

The match, kick-off 5.30pm, will be played behind closed doors because of Covid-19 and is being televised.

However a “comprehensive” policing operation will be in place, with officers on duty at the ground and the surrounding area.

Police chiefs say there will also be an increased presence in the city centre throughout the day and evening.

It comes after around 3,000 fans defied advice from Liverpool FC, police and public health officials in July to gather outside the stadium as the team lifted last season’s title trophy after beating Chelsea.

“Our goal as much as possible is to protect keeping schools and businesses open whilst controlling the virus.

“The data show that whilst the cases amongst 17-30-year-olds are rising, the number of cases amongst the under-16s remain very low, and we all know how important it is to keep schools open.”

Matt Hancock has said students won’t be sent home if there is a coronavirus outbreak on campus.

He said: “The Department for Education has published the updated guidance for universities on how they can operate in a Covid-secure way.

“This includes a clear request not to send students home in the event of an outbreak in order to avoid spreading the virus further across the country.”

The Scottish Government will make it mandatory for customers in bars, restaurants and cafes to wear face coverings when they are moving around and not eating or drinking – for example when entering a premises, going to a table, or to the toilet.

In addition to this it will also become mandatory – rather than simply guidance – for staff working in hospitality premises to wear face coverings. 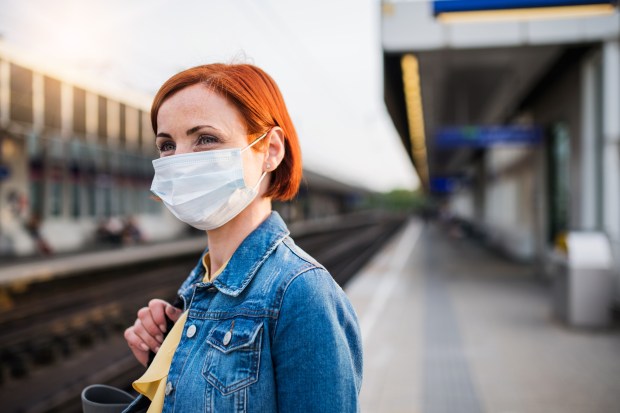 RULE OF SIX APPLIED IN SCOTLAND

Scotland has confirmed they will follow England with new coronavirus rules limiting gatherings to no more than six people.

However, in Scotland the rule does not apply to under 12s.

You can read more about the new rules at the top of the live blog.

A total of 161 people have tested positive for coronavirus across Scotland in the past 24 hours, First Minister Nicola Sturgeon said.

Speaking at First Minister’s Questions at Holyrood, Ms Sturgeon said 22,039 people have now tested positive for the virus in Scotland.

HANCOCK HITS BACK AT ‘NAYSAYERS’

Matt Hancock has hit back at doubters of “Operation Moonshot”.

He said the approach is being piloted and steps are being taken to verify the new technology ahead of a desired nationwide roll-out, adding: “I’m going to depart from my script there because I’ve heard the naysayers before and I’ve heard the people on the other side complain we’ll never get testing going – and they’re the same old voices.”

He added: “They are against everything that’s needed to sort this problem for this country and they’d do far better to support their constituents and get with the programme.”

Matt Hancock has pleaded with university students to please follow the rules as they return to campus.

He said: “If you are a student who is about to return to university or go to university for the first time then please, for the sake of your education and your parents’ and grandparents’ health, follow the rules and don’t gather in groups of more than six.” 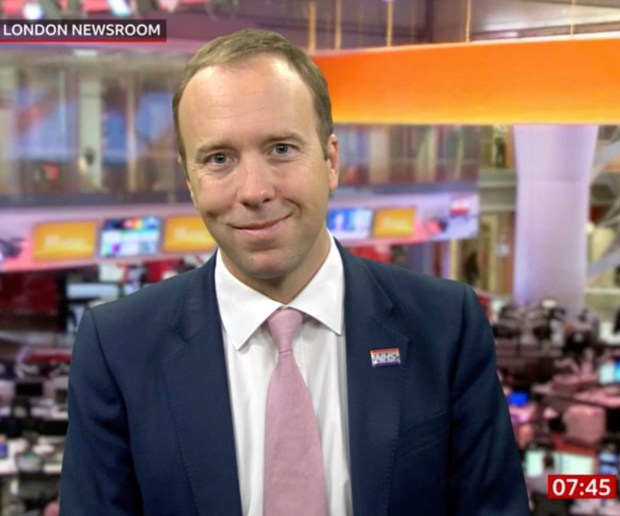 WEEKLY CASES HIGHEST SINCE MAY

A sharp rise in positive coronavirus tests shows a 43 per cent rise in cases.

The figure is the highest since May.

However, the uptick could be down to a rise in testing.

TEST AND TRACE REACHES 69 PER CENT OF CONTACTS

Some 69.2% of close contacts of people who tested positive for Covid-19 in England were reached through the Test and Trace system in the week ending September 2, according to new figures from the Department of Health and Social Care.

This is down slightly from 69.8% in the previous week, and is the lowest weekly percentage since Test and Trace was launched in May.

SCHOOLS AND COLLEGES ‘STRUGGLED TO GET TESTS’

Hundreds of schools and colleges have experienced difficulties with accessing Covid-19 tests, according to a headteachers’ union.

Geoff Barton, general secretary of the Association of School and College Leaders, has warned that the work of schools and colleges in reopening to all students is being undermined by testing delays.

Within hours of inviting feedback on the issue in an email to union members on Wednesday afternoon, more than 200 school and college leaders in England reported problems with the test and trace system.